The staple food of ordinary peasants was pottage: a kind of thick soup or stew.

You can find a song about these herbs on Youtube.

Some food that we take for granted today, had not yet been ‘discovered’ and brought to England: potatoes, tomatoes, sweetcorn and many spices.

You can find medieval recipes here to try at home

Only rich people (and poachers) could afford fresh fish and game such as venison and wild boar. One of the ways that the skeleton of Richard III was identified was through the chemical analysis of his teeth and bones which showed he had an expensive diet high in protein and especially fish.

Eels were a popular alternative to other types of fish and were plentiful in rivers. Here are some medieval recipies for cooking eels.

Most people, including children drank ale (no laws about under-age drinking then) but the ale was generally less strong than our modern drink.

Lords drank wine imported from France, sometimes from their own vineyards in Gascony and around Bordeaux. 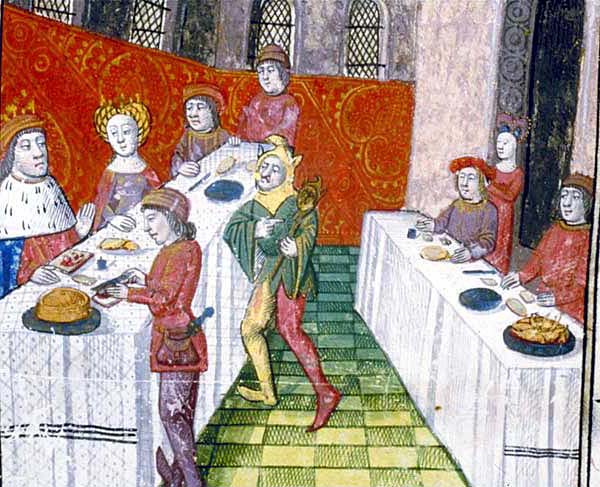