Home » Life in the Fifteenth Century

There are many differences between life in the fifteenth and the twenty-first centuries from technology and building styles to women’s rights or attitudes to religion. Yet there are also sometimes surprising similarities.

Teenagers and adults may be interested in The Conversation. This has articles comparing medieval approaches with events in the news today.

Historians split the past up into separate ‘periods’, or ‘ages’. These are Pre-historic, Ancient, Medieval (or Middle Ages), Early Modern and Modern. The Wars of the Roses happened in the fifteenth century which is at the very end of the Middle Ages.

The image of the Wheel of Fortune is from a book that was made on instructions from Sir William Herbert, Earl of Pembroke. (He was later captured and killed after the Battle of Edgecote by the Earl of Warwick). This was a very popular image in medieval books and wall hangings, reminding people that their lives could change swiftly and dramatically.

Here is a video introduction by History Hit to life for ordinary peasants in medieval England.

England was an agrarian economy which depended on the weather. Weather records are intermittent for the 15th century but here are some highlights. Bear in mind that people believed that the weather was controlled by God and, to some extent, was a reflection of God’s judgment on mankind. 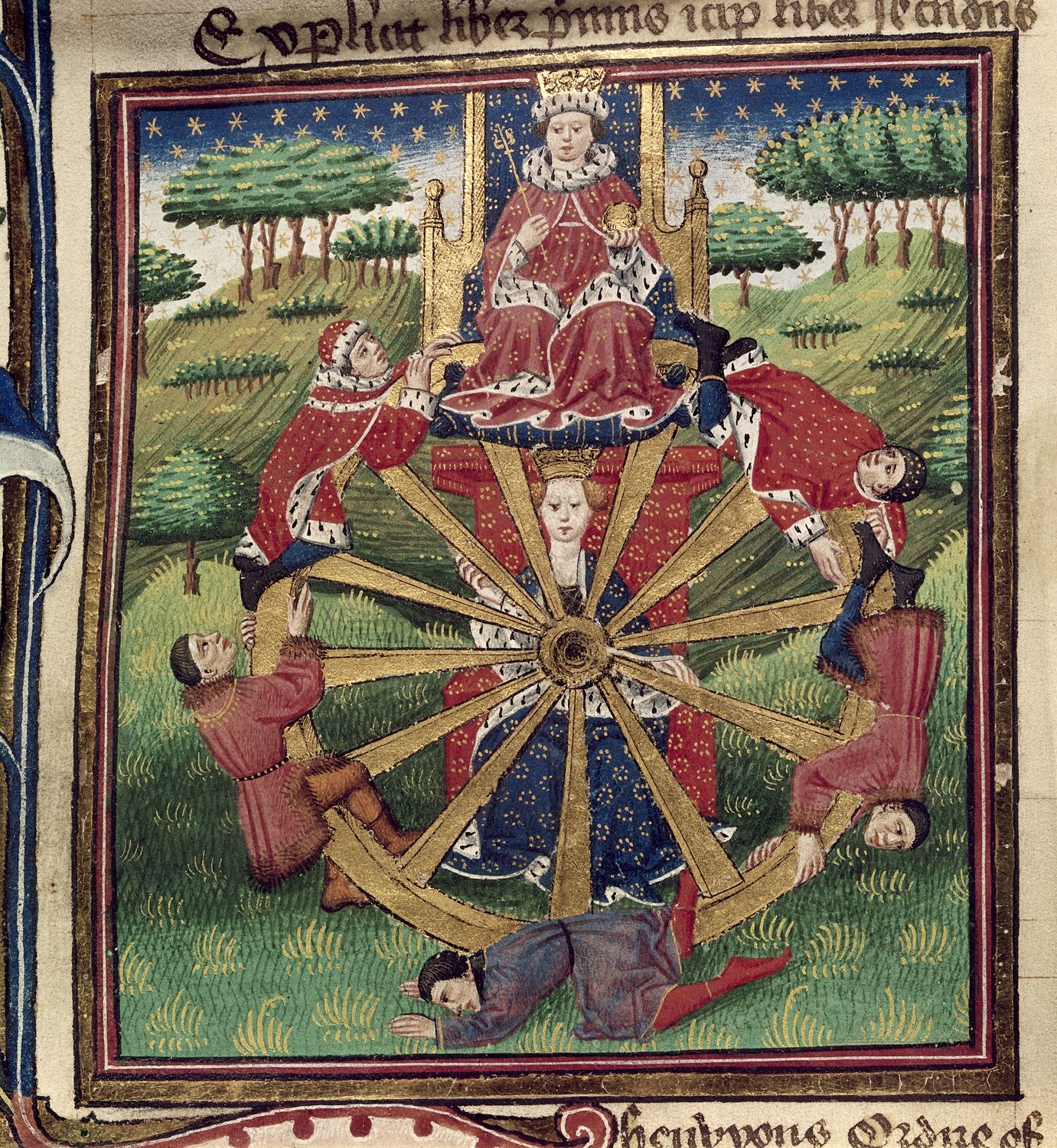