Wealthy families were enclosing their gardens from the 12th century, not only to keep out wild animals but also the Anglo-Saxons, who continued to revolt against Norman rule.

Within the boundary the garden was usually laid out in a formal design with a square central lawn. A fine lawn was coveted. The ground was levelled and all the weeds removed before meadow turf was laid. Small wild flowers like daisy, speedwell and thyme were introduced into the turf in many lawns to create a flowery mead. This is well described in “The Decameron” by the 14th century writer Giovanni Boccaccio:

“In the midst of the garden a lawn of very fine grass, so green it seemed nearly black, coloured with perhaps a thousand kind of flowers shut in with very green citrus and orange trees bearing, at the same time, both ripe fruit and young fruit and flowers so that they pleased the sense of smell as well as charmed the eyes with shade”.

This description has its parallels in the tapestries produced during this period…known as the  mille fleurs  or thousands of flowers.

Another version of the flowery mead, with taller plants cultivated in the turf is illustrated in some 15th century paintings and embroideries and is often referred to as the “bejewelled lawn”. However, too much poetic licence may have been used as the depicted flowers would not have all been blooming at the same time eg primroses, snowdrops, irises and roses all in flower together!! 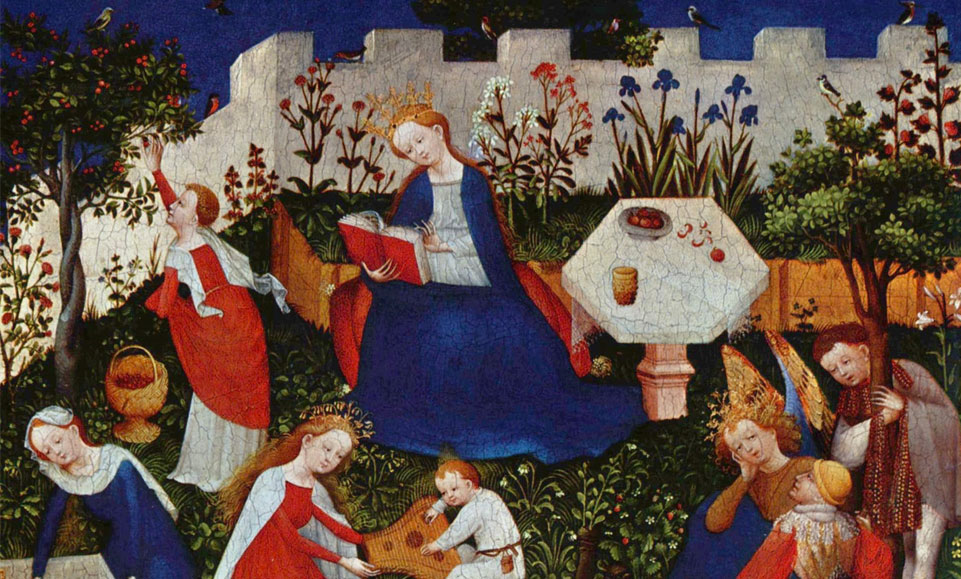