A very interesting grave is in Carlisle Cathedral. Richard Bell was born in about 1410 and became a monk when he was sixteen. As an older man, he met the duke of Gloucester (later King Richard lll), and perhaps because of their friendship, he was promoted to become the Bishop of Carlisle.

Bishop Bell is believed to have died in 1496 and is buried in Carlisle cathedral beneath a brass which is set in stone.

What makes Bishop Bell’s burial interesting are the decorations around the edge of the tomb. There is some writing in Latin and a variety of different animals are pictured including fish, an eel, a dog, a pig, a bird, a weasel, a crocodile-like creature and some exotic animals which look very much like dinosaurs. These dinosaurs have long necks and tails and one is very similar in appearance to an Apatosaurus (As in Jurassic World: Fallen Kingdom). However, they cannot be dinosaurs because nobody knew about the existence of dinosaurs in the fifteenth century! So what these animals really are on the grave of Bishop Bell remains an interesting mystery. 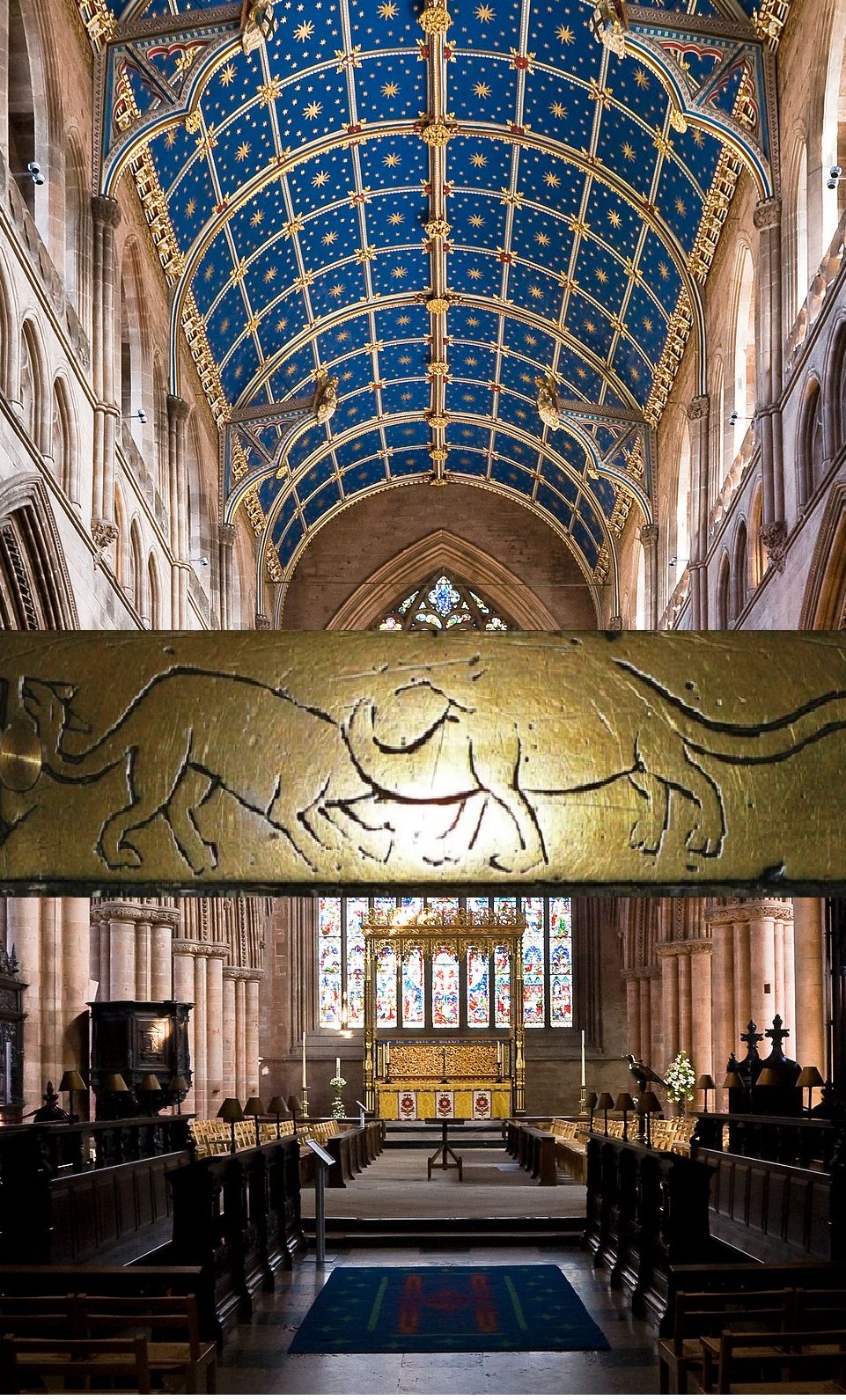