The House of Lancaster began with a usurpation of the English throne. In 1399 King Richard II was captured and persuaded to give up the throne to his first cousin Henry IV (their fathers were brothers). Richard had been ignoring the advice of his most important nobles and failing in his responsibilities as a king. He had sent Henry into exile a year earlier and, after the death of Henry’s father (John of Gaunt, Duke of Lancaster), most of the nobility were keen to support Henry in a bid for the throne.

This was the second usurpation since the Norman Conquest. The first was of Edward II in 1327 also for ignoring his responsibilities as a king.

Henry’s son, Prince Hal, became Henry V in 1413 and is one of the most famous kings in English history. His small army, with the help of thousands of Welsh archers, defeated the combined armies of France at the Battle of Agincourt in 1415. One consequence was that Henry was given the Princess Katherine of France as a wife and was made heir to her father’s throne.

Tragically Henry V died shortly after their son was born so at the age of nine months Henry VI was King of England, and two months later he became King of France when Queen Katherine’s father died. Of course, a baby could not rule two kingdoms: the elder of Henry V’s surviving brothers, John duke of Bedford, was made Regent of France, and in England a ruling council was set up that was led by Henry V’s younger brother, Humfrey, duke of Gloucester, with the title Protector.

Henry VI was not yet seven when he was crowned and the protectorate ended, but the kingdom was still really ruled by his council, even as he reached adulthood. He married a French princess, Margaret of Anjou. She was expecting their first child when Henry VI became mentally ill for eighteen months. A new protectorate had to be established.

This time of uncertainty worsened the already bad relationships between some of the most powerful families. After Henry’s recovery, the arguments gradually developed into battles between the king’s supporters (Lancastrians) and the Duke of York and his supporters.

The Wars of the Roses

The first battle was at St Albans in 1455 and the battles continued from time to time for over thirty years. From 1461 to 1471 there were even two rival kings: Henry VI and Edward IV, the son of the Duke of York. Henry VI spent much of that time in hiding or in prison, but was briefly king again from October 1470 to March 1471.

Even after Henry VI’s son was killed at the Battle of Tewkesbury, many of John of Gaunt Duke of Lancaster’s descendants survived.

Two of John of Gaunt’s daughters had married into European royal families and Richard III would later seek the hand of Joanna of Portugal whose connection is shown above. Another daughter had married into the Holland family. Before Henry VI’s son was born, Henry Holland believed he was Henry VI’s closest heir.

But the Lancastrian family who finally claimed the throne were the Beauforts. The legitimised male line of the Beauforts had died out at the Battle of Tewkesbury. However, the Beaufort daughters were ancestresses of the Nevilles, the Stafford dukes of Buckingham, the kings of Scotland and eventually the Tudor dynasty too: Henry V’s widow, Katherine of Valois, had secretly married Owen Tudor, a Welshman. One of their sons, Edmund, married the wealthy heiress, Margaret Beaufort. Edmund and Margaret’s only child was Henry Tudor who became Henry VII, the first Tudor king and father of Henry VIII.

(An illegitimate male line of Beauforts does survive to this day: the Somerset Dukes of Beaufort are descended from Henry Beaufort and his mistress Joan Hill. When Richard III was rediscovered and scientists were looking to match his DNA with known relatives, they tried comparing his Y-chromosome with this line but it did not match. Find out more here). 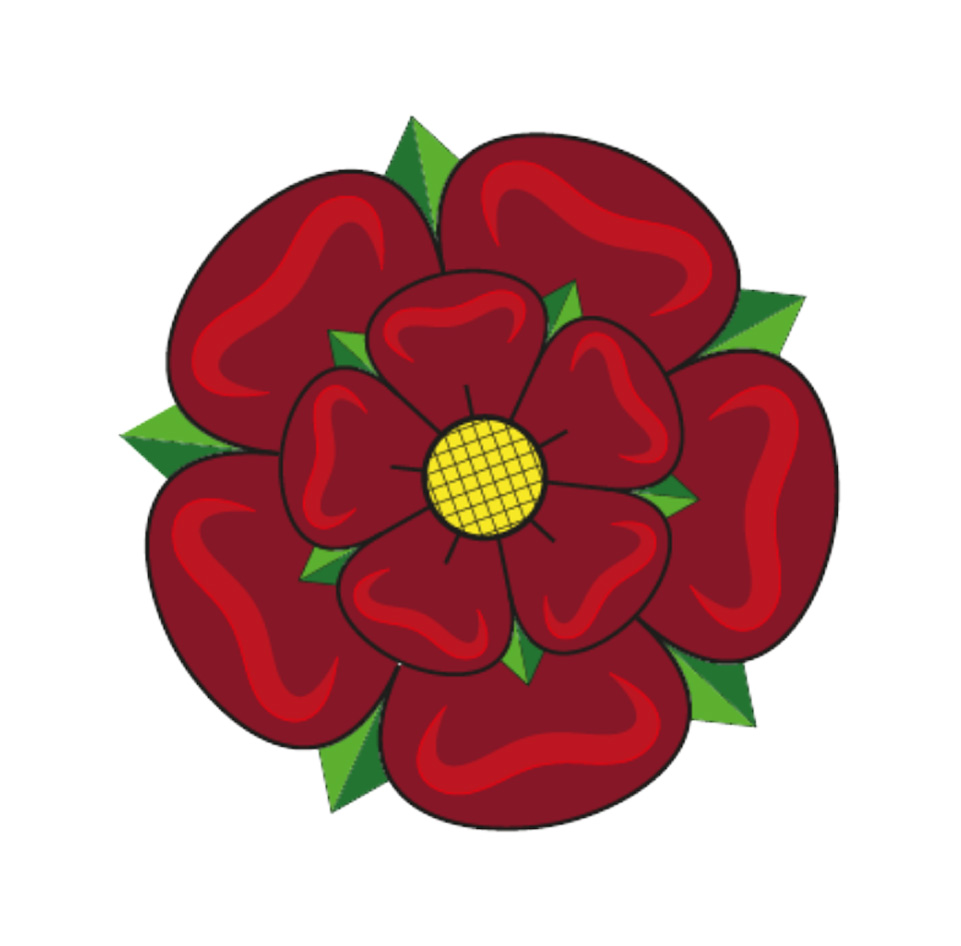 a red rose of Lancaster