Home » The Houses of York and Lancaster » White and Red Roses

The name of the Wars of the Roses comes from emblems used by the warring parties. It is often attributed to Walter Scott who referred to ‘the wars of the White and Red Roses’ in a novel written in 1829 (Anne of Geierstein). However, the idea of a conflict involving roses started in the fifteenth century. One ballad called Edward IV the ‘the Rose of Rouen’ and, shortly after he became king, a painting was made in which members of the royal family, fighting each other, grew out of stylised red, white and gold roses. You can find out more about it here.

In the Middle Ages, roses were considered the pre-eminent flower of the plant kingdom and so they were common symbols of divinity and royalty. The white rose was one of the emblems often used by the House of York. The red rose was perhaps used by Lady Margaret Beaufort, mother of Henry VII, before 1485 and maybe by earlier members of the House of Lancaster, although firm evience is lacking.

After marrying Elizabeth of York, Henry VII combined the two roses to form the Tudor Rose to symbolise the peace which he claimed his reign had brought to England. Public pageants and poetry publicised this message and Shakespeare made it famous in his ‘history plays’. The plays of his second tetrarchy are full of metaphors of England as a garden that is not being properly looked after during the conflict between kings. Richard II is called a ‘fair rose’, Henry IV ‘this thorn, this canker’. The origin of Walter Scott’s title is probably the scene in Henry VI Pt 1 in which the Dukes of York and Somerset invite their supporters to pick white or red roses to declare their allegiances. The theme is picked up again in Henry VI Pts 2 and 3 and Henry Tudor’s final speech in Richard III promises:

We will unite the white rose and the red./ Smile heaven upon this fair conjunction,/ That long have frown’d upon their enmity!

A Latin poem, written down in 1486 is perhaps the earliest evidence of the ideas that led to the Tudor rose. It refers to Richard III’s emblem of the white boar and ends with the words,

the tusks of the Boar were blunted and the red rose, the avenger of the white, shines up on us. 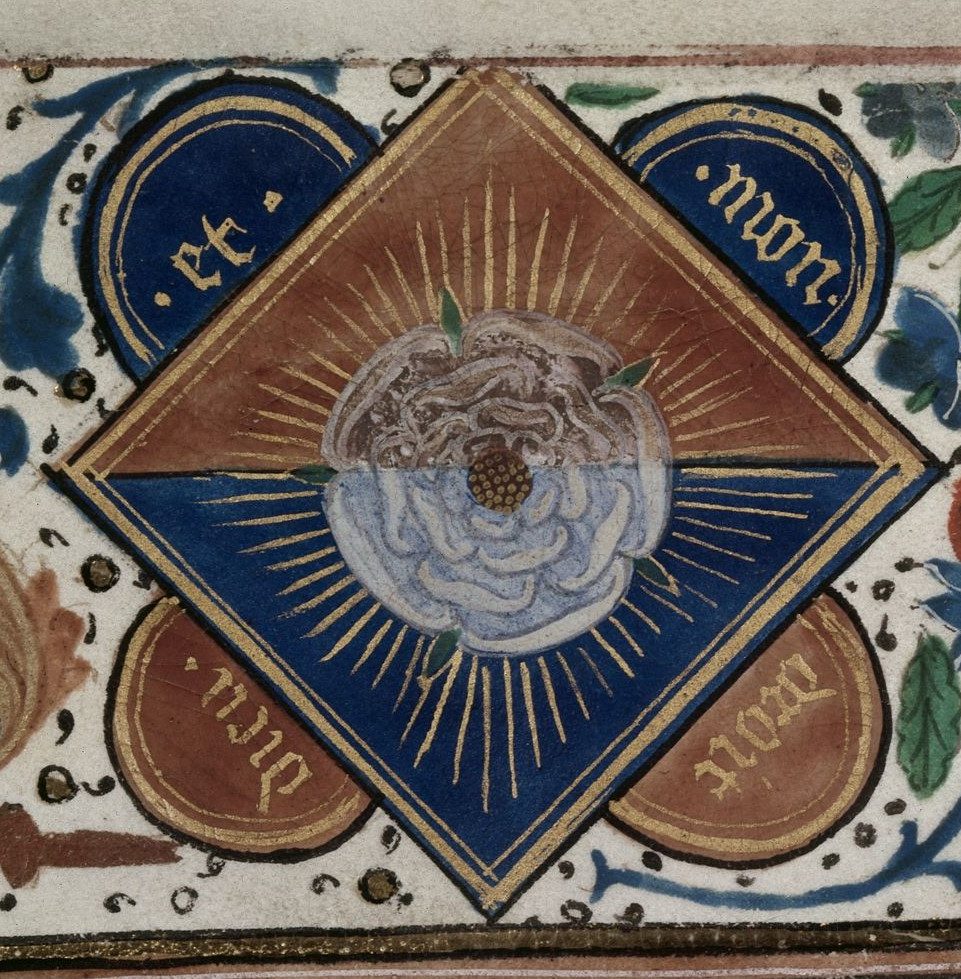 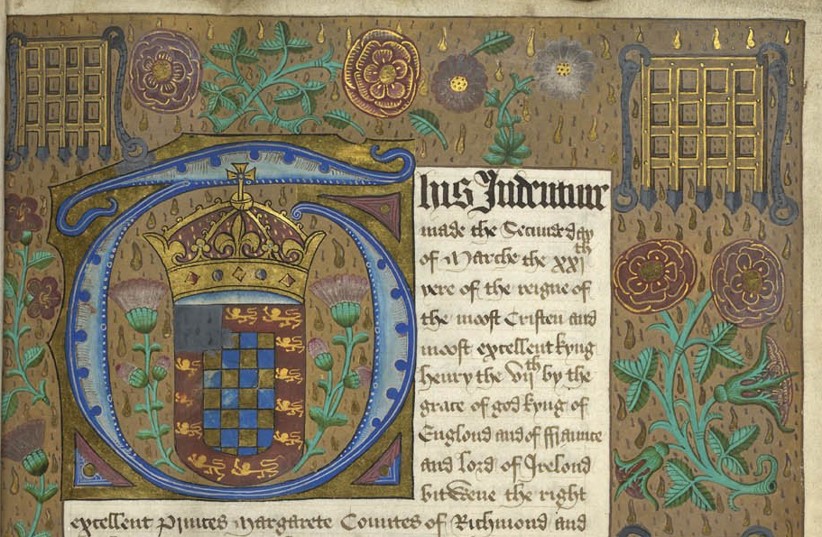