Here are some books that our members recommend as suitable for the 14 to 16 age group and you may find others on the 16+ page that you will also enjoy.

A glimpse of King Richard III

A Glimpse of King Richard III offers a brief telling of the life of one of England’s most renowned monarchs. This book is deliberately short and necessarily misses out large amounts of detail but offers an overview of this fascinating topic.

King Richard III of England was the last of the Plantagenet Kings and the last King of England to die on the battlefield.

His story has been passed into the common consciousness as one of an evil uncle ruthlessly seizing power from and killing his own nephews. Yet he is also the only monarch to have a current and active fan club seeking to rehabilitate his reputation.

The discovery of the bones of King Richard III in Leicester have re-ignited interest on a global scale and presents a fresh opportunity to examine the reputation King Richard languishes in and to try to determine whether or not he deserves it.

This book aims to provide a brief overview of the events of Richard’s life, his reputation, the upheavals of 1483, his brief reign and his death. It also examines his reputation from inception to accepted truth and offers a glimpse of the man behind the caricature. 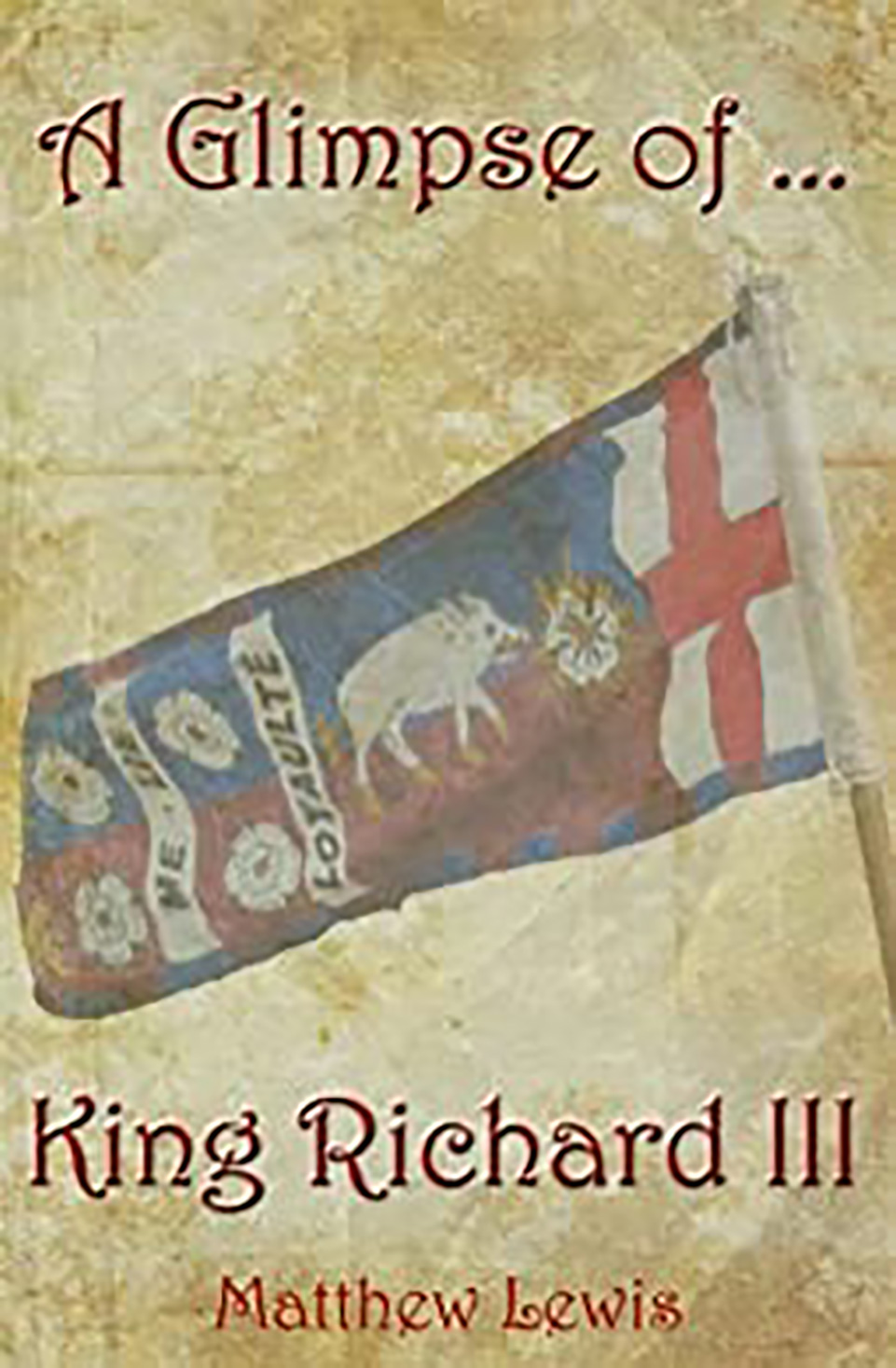 Richard III A Small Guide to the Great Debate

Annette Carson is a serious Historian and a member of the Richard III Society. In this short book of under 100 pages she provides an authoritative introduction to the main controversies of his reign. Did he steal the throne from his nephews and then have them killed?

Once Shakespeare’s work of art has been discounted as fiction rather than history, contemporary sources are discussed to evaluate the evidence for a range of possibilities. The lack of reliable, direct written evidence requires the analysis of circumstantial evidence: how did relatives and others close to Richard behave? Are the bones in Westminster Abbey really those of the two Princes? Did Richard instead arrange for his nephews to go into hiding? We still do not know after 500 years what really happened to them.

This book is an excellent starting point for those who wish to explore this mystery for themselves. 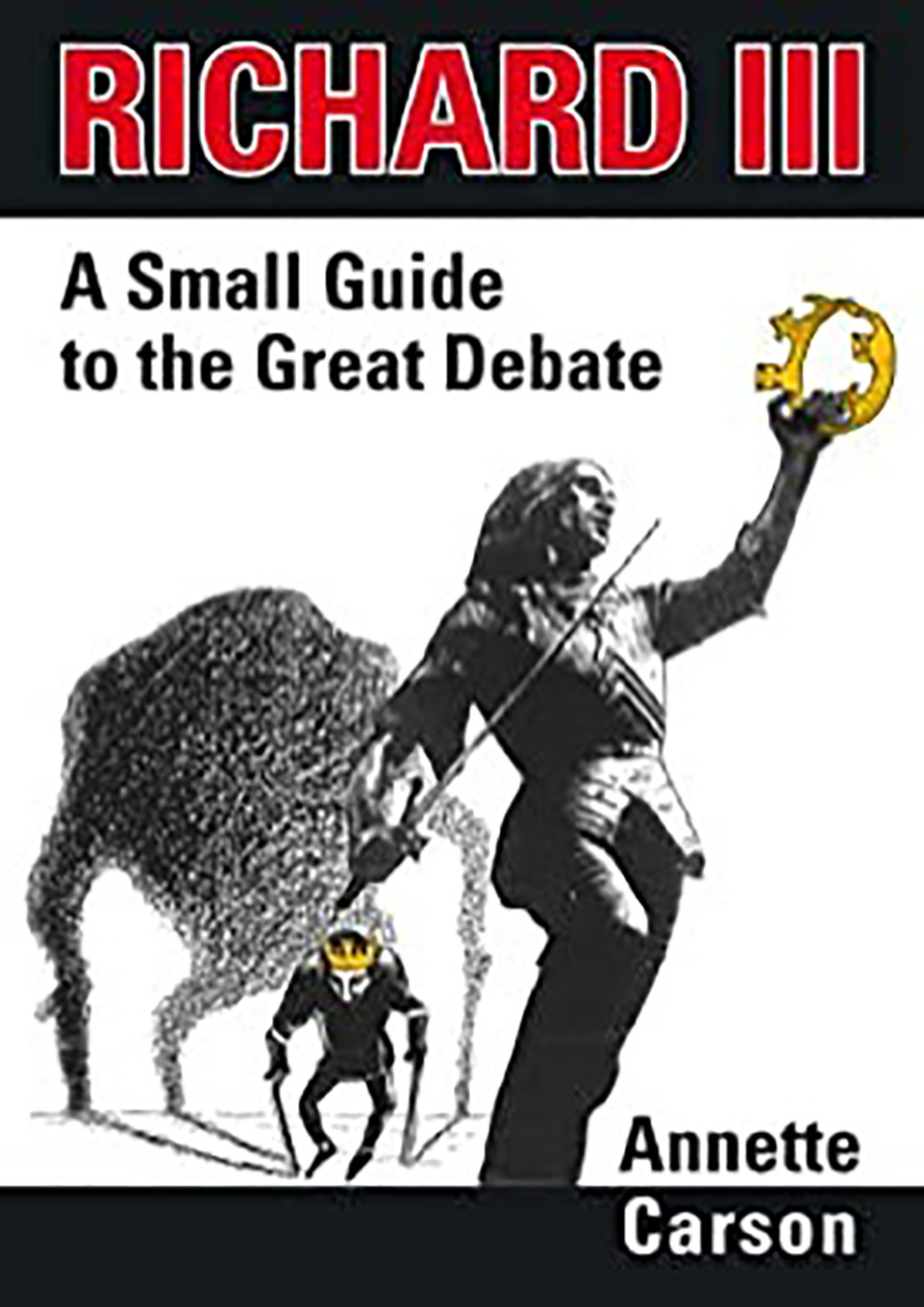 King Richard III remains one of the most infamous and recognisable monarchs in English or British history, despite only sitting on the throne for two years and fifty-eight days. His hold on the popular imagination is largely due to the fictional portrayal of him by William Shakespeare which, combined with the workings of five centuries of rumour and gossip, has created two opposing versions of Richard. In fiction he is the evil, scheming murderer who revels in his plots, but many of the facts point towards a very different man.

Dissecting a real Richard III from the fictional versions that have taken hold is made difficult by the inability to discern motives in many instances, leaving a wide gap for interpretation that can be favorable or damning in varying degrees. It is the facts that will act as the scalpel to begin the operation of finding a truth obscured by fiction.

Richard III may have been a monster, a saint, or just a man trying to survive, but any view of him should be based in the realities of his life, not the myths built on rumour and theatre. How much of what we think we know about England’s most controversial monarch will remain when the facts are sifted from the fictions? 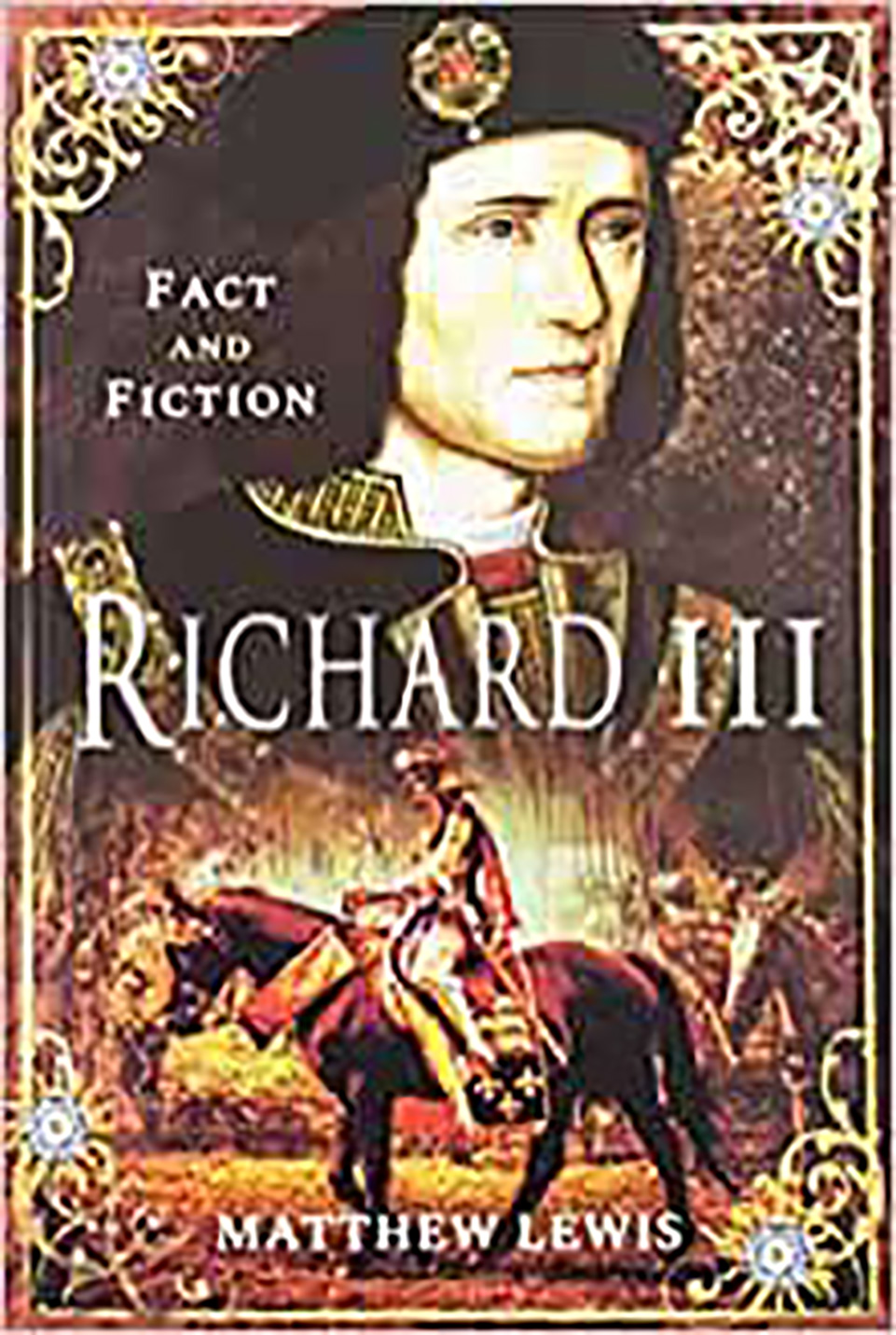 The Betrayal of Richard III

By V B Lamb & Peter Hammond

If you do not read anything else about Richard III, I strongly recommend that you read this book. It is a concise, easy to read introduction to the controversy about Richard and in my opinion a ‘must’ for all Ricardians and indeed those who still wish to be convinced of Richard’s innocence with regard to many of the calumnies against him. The author dissects all the evidence and shows us that much of what has been written about Richard III both in his time and down the centuries is without secure foundation. 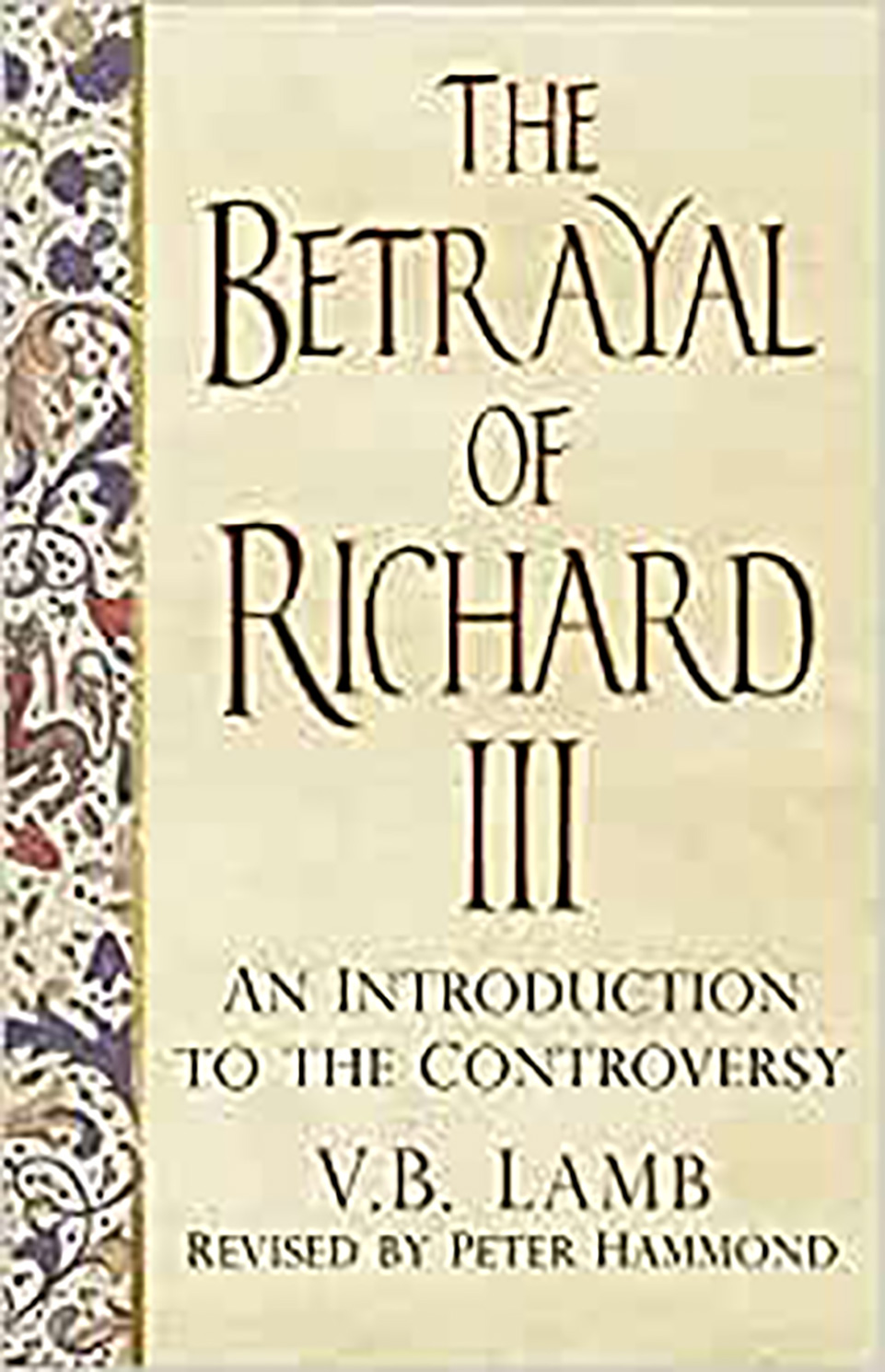 The King Under the Car Park

You could not find a more authoritative account of the discovery and exhumation of Richard III than this small book written by the project director and fieldwork director of this excavation by the University of Leicester Archaeological Services.

There are photographs at every stage of the dig and of the skeleton as it was forensically examined in the University to extract DNA and match this with a living relative of King Richard.

A great read for those with an interest in the combination of history, archaeology and science. 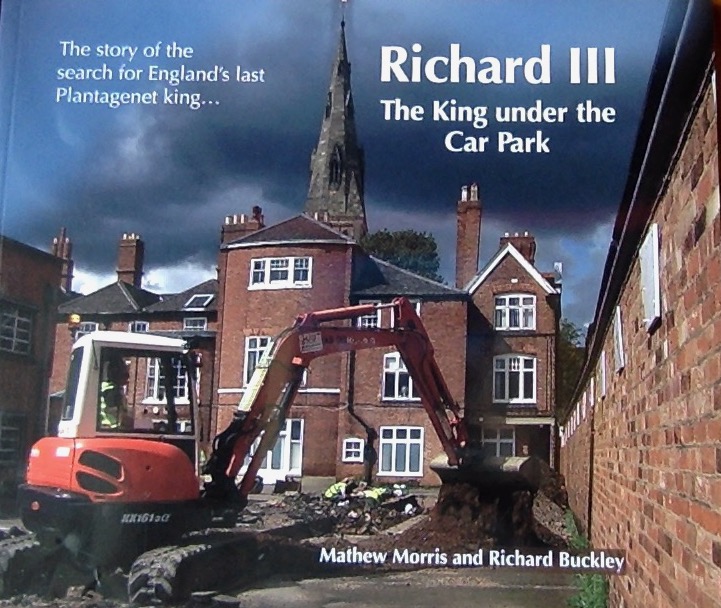 A very interesting read. Tey unravels the mystery of the Princes in the Tower from the eyes of a detective. This perspective creates a unique and inquiring way of discovering history and uncovering the secrets of the past.

In an attempt to stave off boredom whilst on hospital bed rest, the detective (Grant) sends requests for history books in his search to discover more about Richard III. Each book sends him into a deeper dive and, as the intrigue builds, he teams up with a researcher inspired by the application of a detectives mind to a case of the past.

Natalie (age 17, a student of criminology) 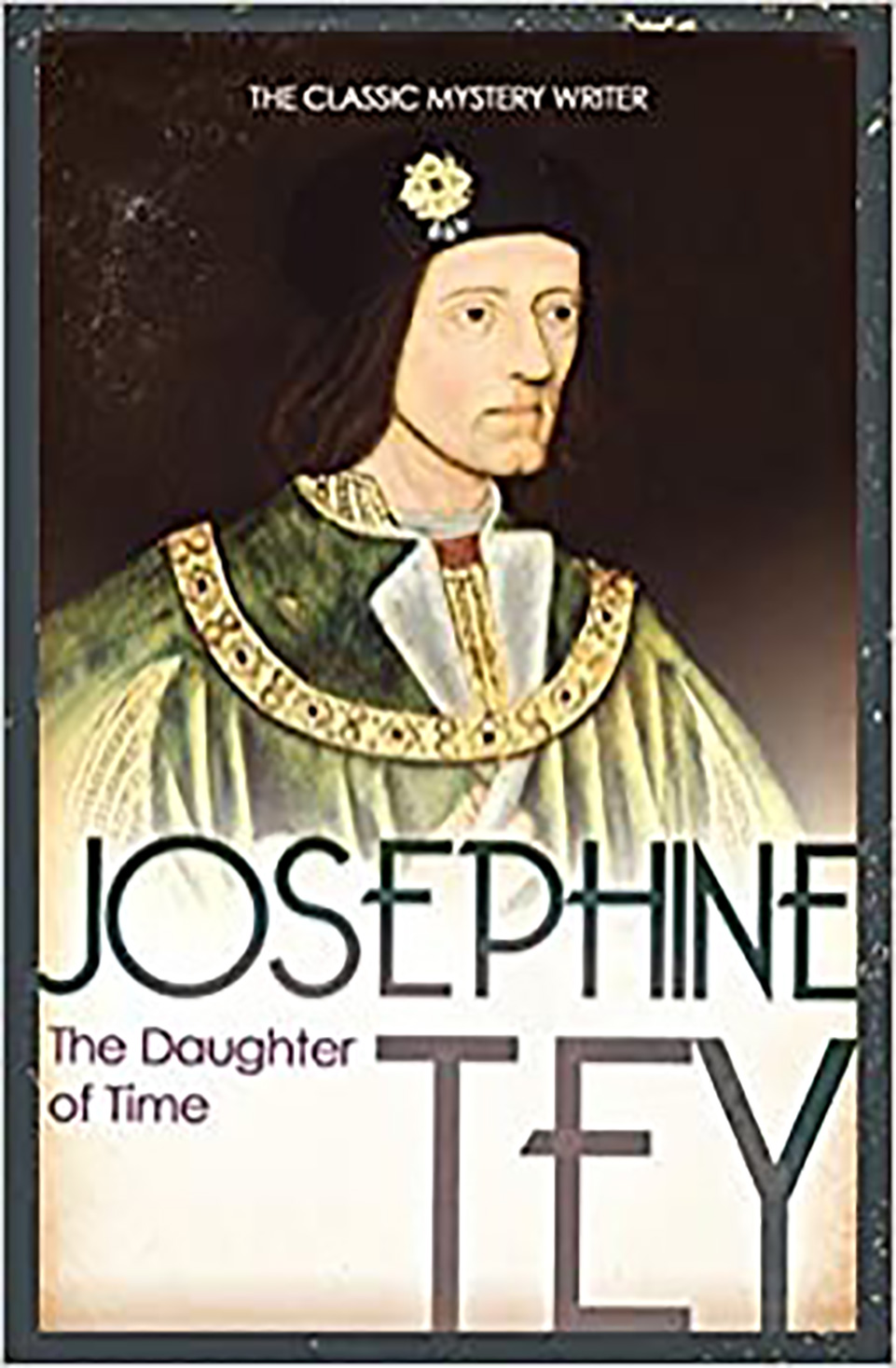 Richard III’s story, told in first person from his point of view, using, where possible, Richard’s actual words (in modern English.)
From the battle of Barnet when Richard is only 18 through his marriage to Anne Neville, to unexpected kingship, betrayal by his ‘friend’ Buckingham…and the mystery of the vanished princes. Then it is on through the pain of the loss of his only legitimate son Edward, to the final deadly conflict on Bosworth Field against Henry Tudor.
A different fictional look at England’s most loved–and most hated–King.. Not a wooden saint, nor yet Shakespeare’s hunchbacked fiend, a flesh and blood, fallible man: King’s brother, royal duke, scoliosis sufferer, warrior, husband, father.
Called ‘a new Ricardian classic.’
Approximately 250,000 words.
Contains what is probably the most up to date fictional account of Richard’s last moments at Bosworth, based on the archaeology and forensics. 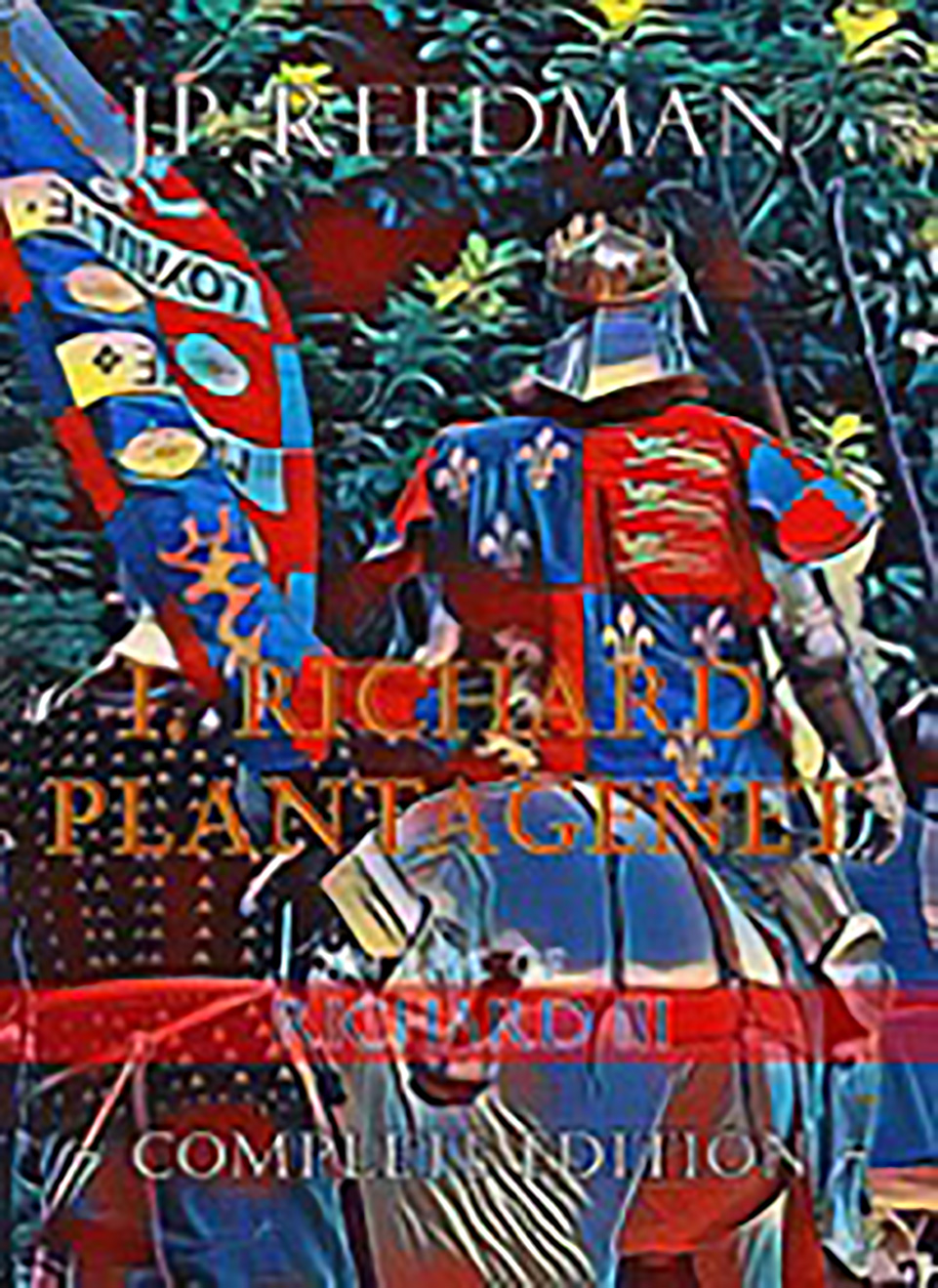 The Shadow Prince is the story of Richard, Duke of York – one of the ‘Princes in the Tower’, whose fates are not known even today.

The Princes were Edward and Richard, sons of Edward V. They were labelled illegitimate and it is not known whether they were killed by their uncle Richard III, or by Henry VII, or even if they were killed at all.

Terence Morgan has taken the view that Richard lived, and was not murdered by either his uncle or Henry Tudor.

Instead he chronicles Richard’s life from his childhood at court as a Crown Prince, to his exile in Tournai where he became a simple fisherman’s son, to his attempts to regain his crown and throne and the many other experiences he encountered along the way.

Written in the first person, Terence Morgan manages to create a warm and personable voice which is realistic and completely believable. His take on events is extremely interesting, and is a very plausible explanation. While there were times when the story dragged a little, for the most part this novel was excellent and completely riveting.

There are moments of humour as well as of sadness, and the ups and downs of Richard’s life are dealt with with sensitivity and clarity, and I found this book to be extremely satisfying! I would certainly recommend this novel.

One point which made me very happy: Richard III was not portrayed as an uncaring monster, which unfortunately he gained a repuation as, thanks in part to Shakerspeare’s plays which painted him as evil and cruel. While Richard III’s part was small, it was refreshing to see a take on him where he is human. 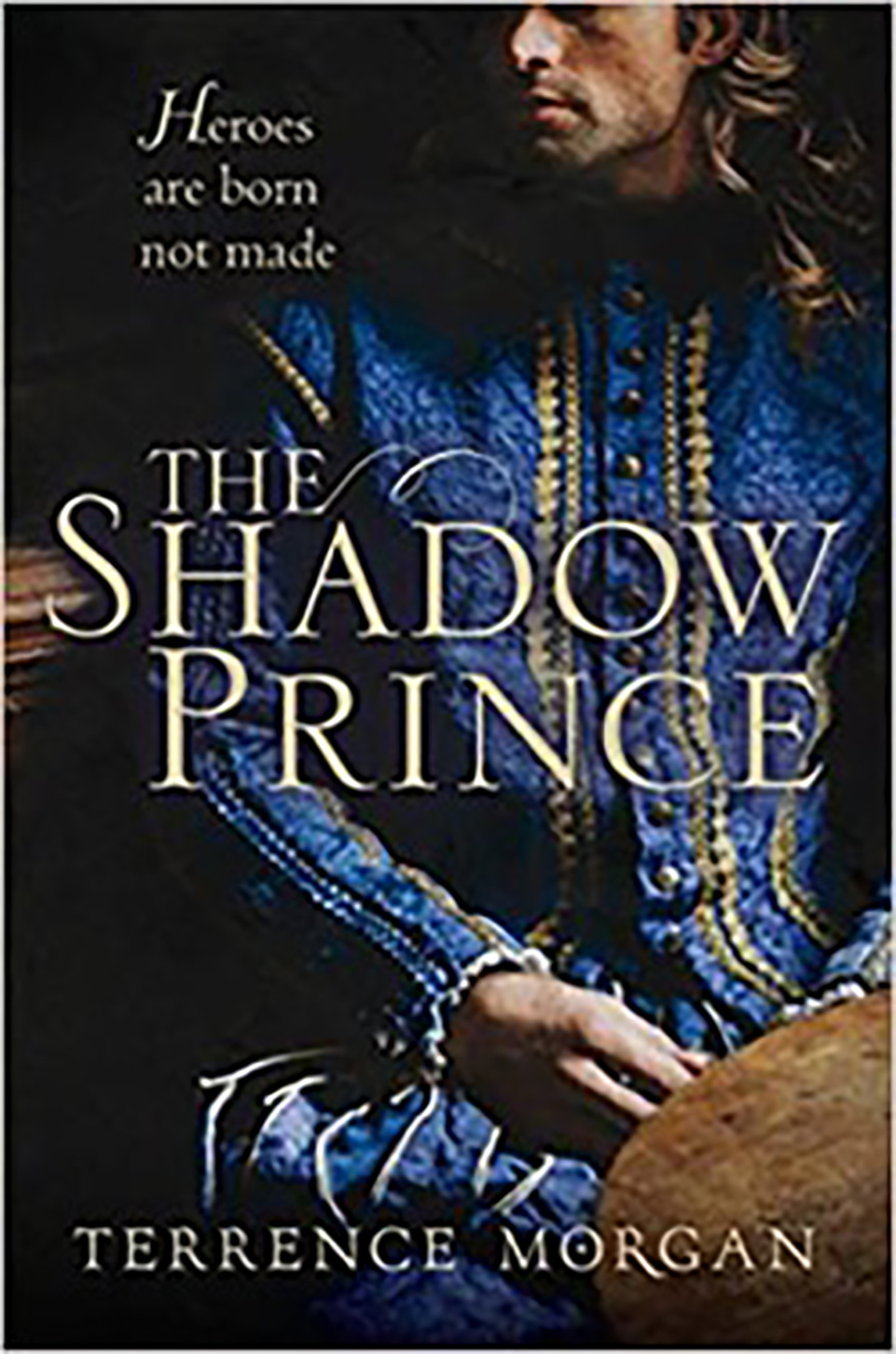 WHITE ROSE BLOSSOMS is a fast-paced adventure story with sword fights, poison, and pestilence. Nothing is easy, nobody is safe.

This alternate history of Richard III and Henry VII opens during the Battle of Bosworth in 1485. Halfway through an all-out charge against Henry, Richard changes tactics and retreats. Wounded, Richard escapes with several loyal men and goes into hiding. These men protect Richard during his recovery whilst planning to raise an army to dethrone Henry.

Richard’s illegitimate children – Sir John of Gloucester and Lady Katherine, Countess of Huntingdon – disguise themselves as peasants to avoid Henry’s soldiers. They also face the more dangerous threat of Katherine’s husband who wants to sever all ties to the fallen king, which includes Katherine….. 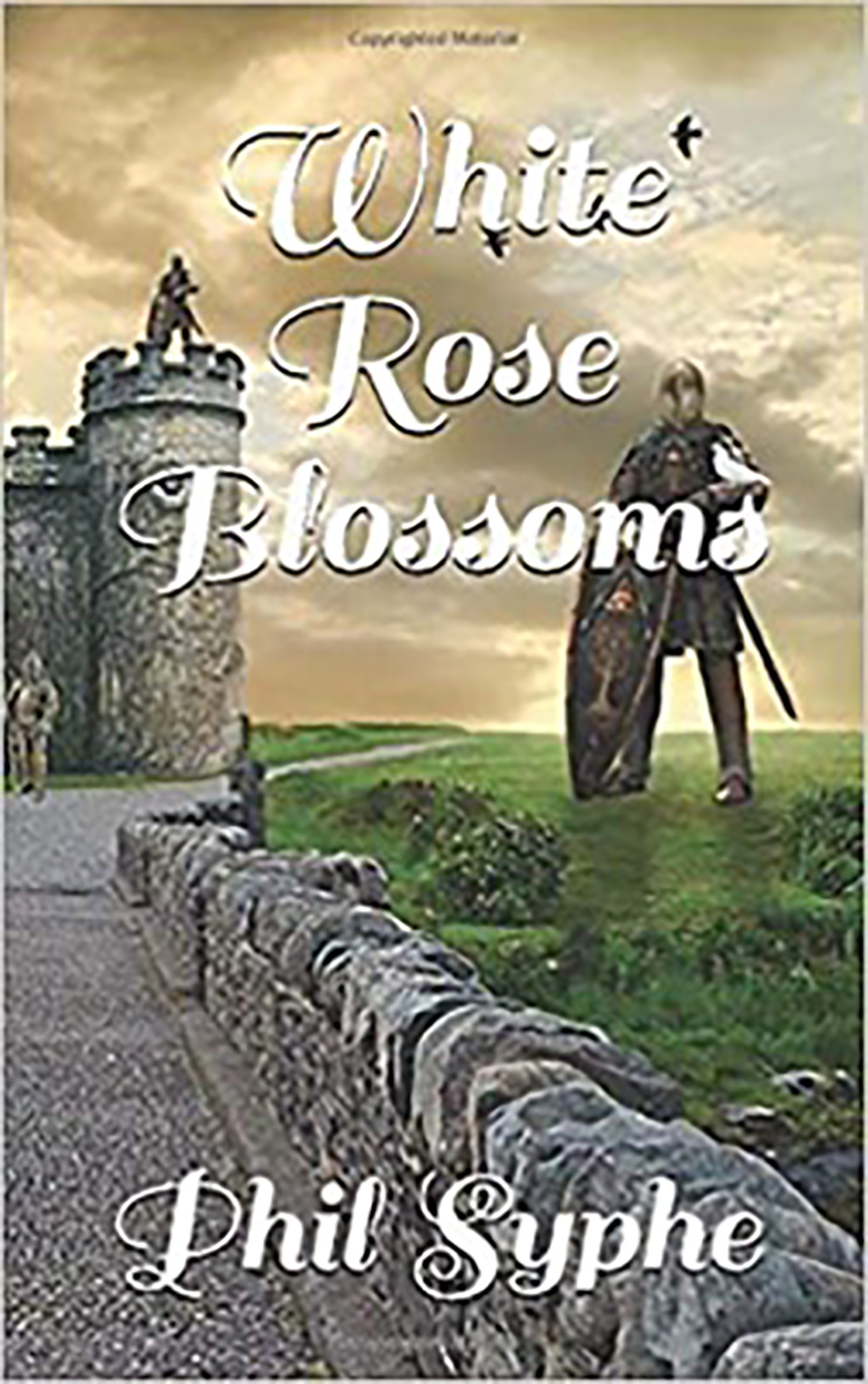 How to Survive in Medieval England

Imagine you were transported back in time to Medieval England and had to start a new life there.  Published in 2021, this lively and engaging book will help the reader deal with the new experiences they may encounter.

Toni Mount is a very experienced and popular writer of both fiction and non-fiction on medieval England. 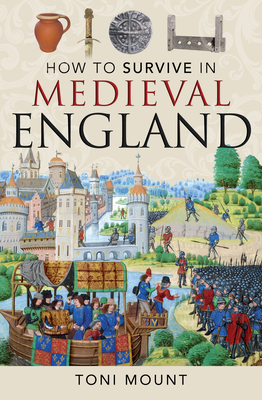