King Edward V,  aged twelve, and his younger brother Richard, aged nine, were last seen in the Tower of London sometime during the summer of 1483.

No one knows what happened to them after that which is why they are called The Missing Princes.

Rumours began that they had been murdered. Some of these accused their Uncle Richard who had become king instead of Edward V. Some suggested that their distant cousin, the Duke of Buckingham, was involved, but no proof has ever been discovered.

In the 1670’s some children’s bones were found under a staircase in the Tower of London. King Charles II decided these must be the remains of the two boys. He had the bones placed in an urn in Westminster Abbey where they are today.

Today the bones could be tested to see if their DNA matches known family members.

The Monarch’s permission is needed to open any of the Abbey’s royal tombs.

Whoever knew what really happened to them, the secret has been kept for over 500 years.

BBC History Extra produced a very long series of programmes on this topic. See the end of this page. 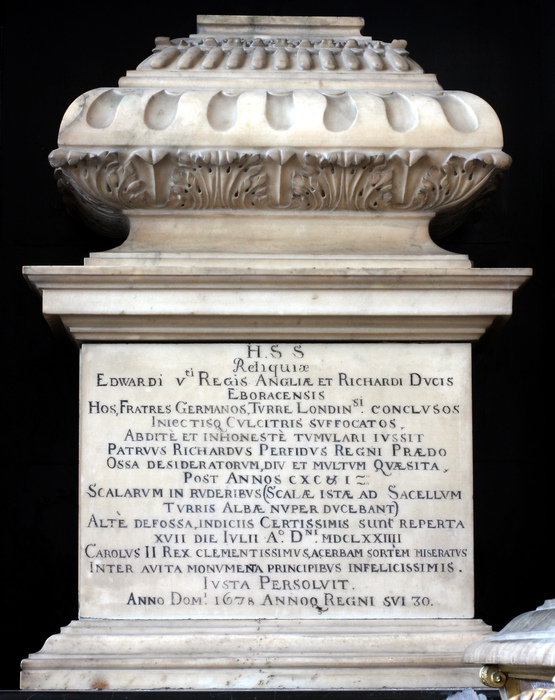