The 15th century was not all wars, death, disease & destruction: there was plenty of time for music and dance. Music also played a very important part in religious worship.

Mass was said in churches and private chapels every day in Latin, sometimes several times a day, and on feast days, of which there were many, High Mass would be sung.

A boy (not a girl) at a 15th century choir school received an education in Latin and Scripture which would qualify him to attend one of England’s two universities, Oxford or Cambridge, at the age of 14 or 15 after his  voice had broken.  He could then join one of the many University choirs some of which which still exist.

Kings would recruit the best singers from universities, cathedrals or religious houses to sing in the royal chapel. The document below gives instructions from Richard III to all his subjects to allow John Melyonek (or Mellonok) to bring back ‘all such singing men and children, being expert in the said science of music as he can find’.

Kyrie of a sung Mass composed during the late 15th century by des Josquin.

Latin Mass can be heard today: a calendar is published by the Latin Mass Society.

Choir schools attached to Cathedrals have existed for centuries.

Life today as a boy chorister.

Medieval choir schools were exclusively for boys but today Wells Cathedral mixed Choir School is one of the world’s best.

Magdalen College, Oxford (founded in 1458) has a world-famous choir. Every year on May Morning (1st May) at 6am the choir sings at the top of Magdalen College tower. Thousands of people now gather in the roadway below or watch online.

Besides religious song, there were many popular ‘ballads” such as this one.

This is a modern setting of a similar ballad Robin Hood and the Tanner with medieval themed images. 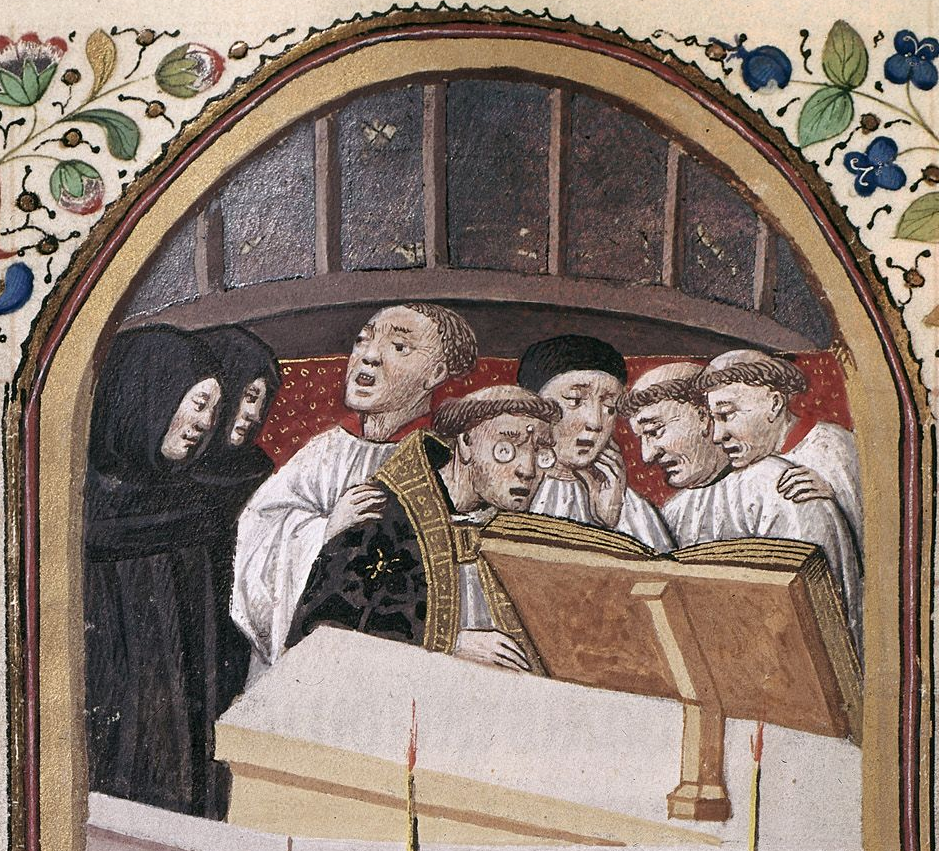